This page is dedicated to the officers who made the ultimate sacrifice while serving to protect the citizens of Fort Pierce. 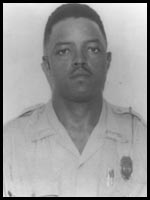 Officer Willie B. Ellis was the first Fort Pierce police officer killed in the line of duty. He and Officer Clifford Minus were responding to a neighborhood disturbance on July 17, 1966. Both officers were shot. Officer Ellis was mortally wounded, and Officer Minus survived his injuries. Officer Ellis was promoted posthumously to the rank of sergeant. The suspect died in 2003 while serving a life sentence. On Saturday, November 4, 2000, the Avenue D Substation was dedicated to the memory of Sergeant Willie B. Ellis. 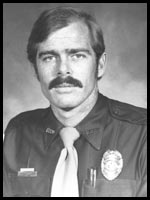 Lieutenant Grover Cooper and Detective Jimmy Wouters were the second and third officers killed in the line of duty. On January 12, 1987, several officers from the Fort Pierce Police Special Investigations unit were working on a drug investigation when shots rang out. Both Lt. Cooper and Detective Wouters were shot. They died several hours apart. Officer Robert Spring was wounded in the shooting. Spring survived and later retired from the department. Lt. Cooper and Detective Wouters were promoted posthumously to captain and sergeant, respectively. On January 12, 2012, exactly twenty-five years after Lieutenant Grover C. Cooper III and Sergeant James A. Wouters made the ultimate sacrifice to Protect our community, the Fort Pierce Police Department Main Station was dedicated in their honor and officially renamed ad the Grover C. Cooper III, James A. Wouters Main Police Station. 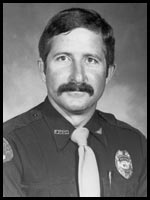 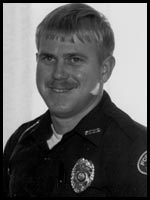 On January 18, 1991, the Fort Pierce Police Department was faced, once again, with the tragic loss of one of its officers. Officer Danny Parrish was shot after stopping an 18-year-old driver for going the wrong way on a one-way street. Grabbing the officer's gun, the perpetrator fired 13 shots into Officer Parrish. The vest stopped four of the bullets, but Officer Parrish was gravely wounded and died. The suspect is now on death row.