The Life of Zora Neale Hurston

1892
Move to Eatonville
The Hurston family moves to Eatonville, an incorporated, self-governed, all-African American town north of Orlando, Florida. Incorporated in 1887, it is the oldest such town in the United States.

1904
Mother Dies
Hurston's mother Lucy Potts Hurston dies. Soon after, her father marries Mattie Moge, a young woman only six years older than Zora. It is said that Hurston and her new stepmother bitterly dislike each other.

1917
Twenty-something High-Schooler
After leaving home and school and working a number of odd jobs to support herself, Hurston moves to Baltimore, Maryland. In order to qualify for a free high school education, 26-year-old Hurston lies about her age, claiming her birth year as 1901. She maintains the falsehood until her death.

Jun 1918
High School Graduation
Hurston completes her high school graduation requirements at Morgan Academy in Baltimore. After graduation, she works as a waitress and a manicurist to earn money.

1925
Transfer to Barnard College
Hurston submits the short story "Spunk" and the play "Color Struck" to a literary contest sponsored by Opportunity and wins second place for both. In the same year, she receives a scholarship to Barnard College and transfers, studying anthropology with the scholar Franz Boas.

1926
Hurston Visits Harlem
Hurston travels to Harlem to conduct field research for Boas on black life. She meets several other young black artists, including Langston Hughes. Several of Hurston's short stories are published during this time. She and Hughes also launch the short-lived but influential black literary journal Fire!!

1930
Hurston-Hughes Estrangement
She and Langston Hughes work on a play entitled "Mule Bone". They disagree over authorship of the play and by 1931, their friendship ends. Hurston deeply regrets the split with Hughes.

Jan 10, 1932
The Great Day
"The Great Day", a musical written and choreographed by Hurston, premieres on Broadway.

May 1934
Hurston's First Novel
Hurston's first novel, "Jonah's Gourd Vine", is published. Her essays and short stories appear frequently in literary journals. She begins to study for a doctorate (never completed) at Columbia University with the help of a Rosenwald Fellowship.

1936
Obeah Research in Jamaica
Hurston is awarded a Guggenheim Fellowship to study Obeah, the practice of sorcery in the West Indies. From April to September she conducts research in Jamaica.

1938
Tell My Horse
Hurston writes and publishes "Tell My Horse", an account of West Indian Obeah practices based on her research.

1939
Federal Writers' Project
Hurston is hired by the Federal Writers' Project to record African-American culture in Florida. Later in the year, she accepts a position as a drama instructor at North Carolina College for Negroes. Her novel "Moses, Man of the Mountain" is published. She marries her lover, Albert Price III.

1943
Second Divorce
After a brief and tumultuous marriage, Hurston and Price's divorce is finalized.

1950
Domestic Work
A financially-strapped Hurston takes a job as a maid in Florida. She continues to publish well-regarded essays in the Saturday Evening Post and other publications.

1952
Hurston as Reporter
The Pittsburgh Courier hires Hurston to cover the sensational case of Ruby McCollum, a black woman who shot and killed her white lover, whom she accused of forcing her to have sex.

1957
Newspaper Columnist
Hurston begins a two-year stint as a columnist for the Fort Pierce Chronicle. During this time she also works as a substitute teacher.

1959
Stroke
Hurston suffers a stroke and is forced to move into the St. Lucie County Welfare Home.

Jan 28, 1960
Death of Zora Neale Hurston
Zora Neale Hurston dies of hypertensive heart disease at the St. Lucie County Welfare Home. Penniless and alone at the time of her death, friends from far and wide helped pay for her funeral. She is buried in an unmarked grave in Fort Pierce.

Author Alice Walker sought Hurston's grave in 1973 and planted a grave marker calling her "A Genius of the South." Walker then published "In Search of Zora Neale Hurston" in the March 1975 issue of Ms. Magazine, reviving interest in Hurston's work. The renewal of attention to Hurston was related also to the rise of new African-American authors such as Maya Angelou, Toni Morrison, and Walker, whose works are centered on African-American experiences and include, but do not necessarily focus upon, racial struggles.

Hurston's house in Fort Pierce has been designated a National Historic Landmark. The city celebrates Hurston annually through various events such as Hattitudes, birthday parties, and a several-day festivals at the end of April known as Zora Fest.

Barnard College dedicated its 2003 Virginia C. Gildersleeve Conference to Hurston. "Jumpin’ at the Sun: Reassessing the Life and Work of Zora Neale Hurston" focused on her work and influence. Alice Walker's Gildersleeve lecture detailed her work on discovering and publicizing Hurston's legacy.

She was inducted as a member of the inaugural class of the New York Writers Hall of Fame in 2010. 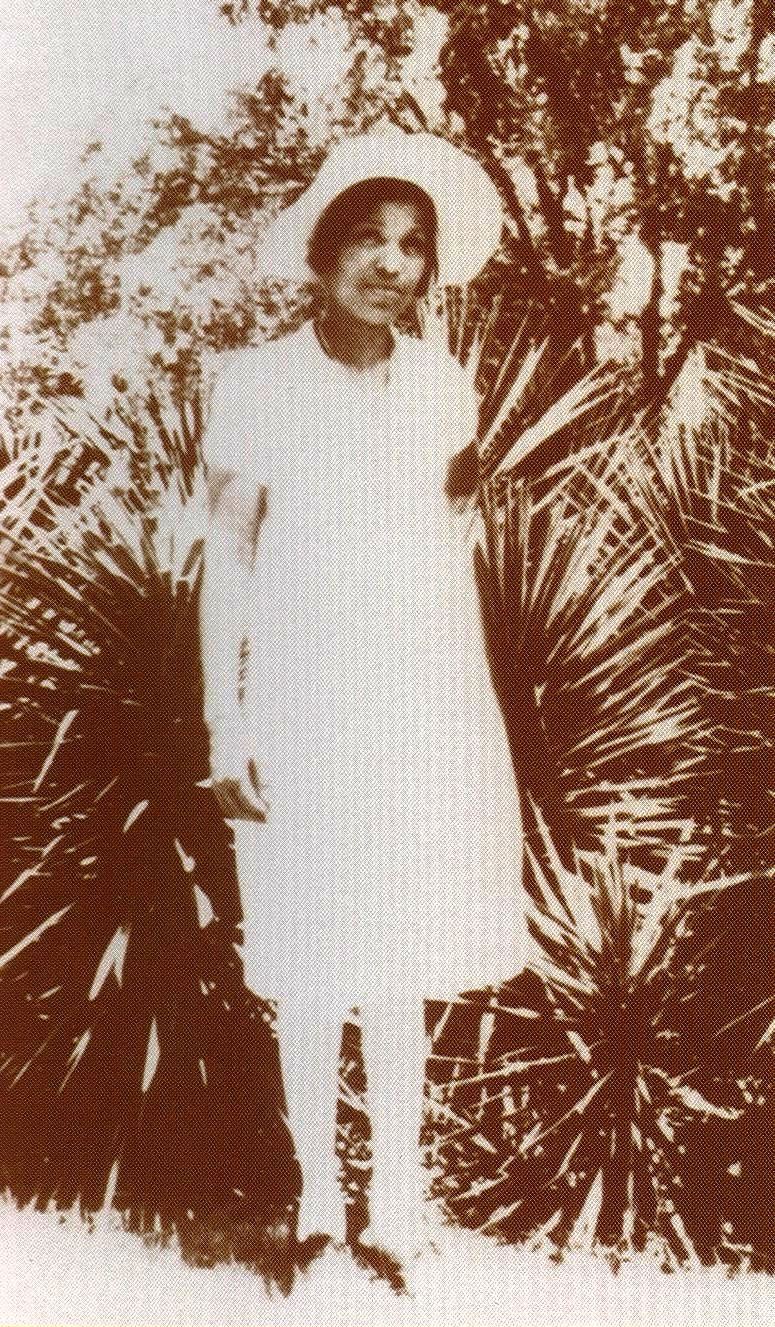 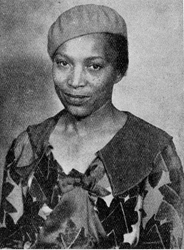 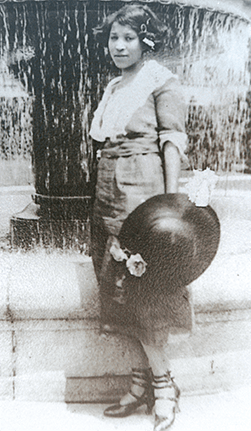 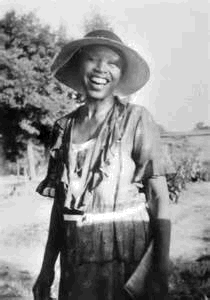 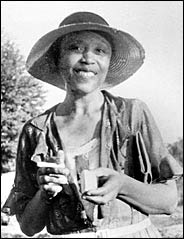 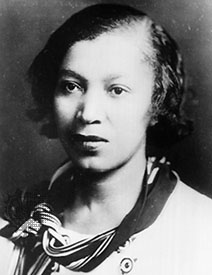 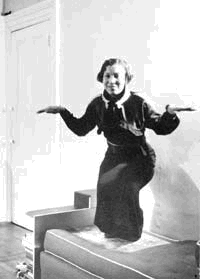 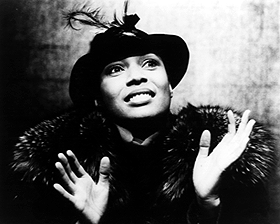 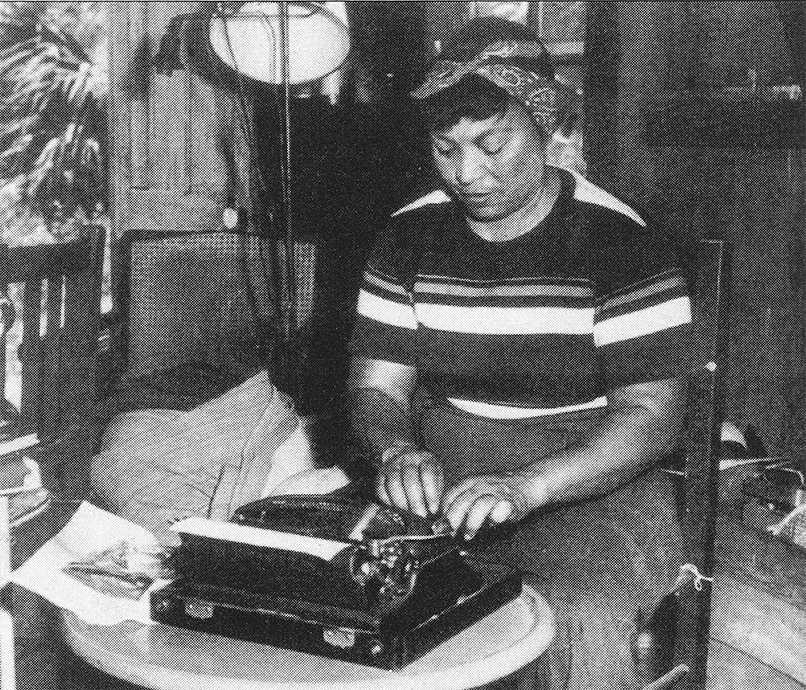